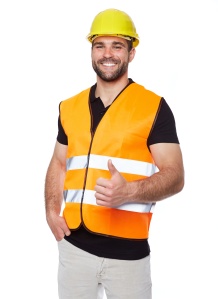 After returning from my fabulous holiday I was keen to spice up my everyday life by getting stuck back into dating. I fired up the Tinder machine and worked on lining up some dates for last week.

Mr M’s profile on Tinder showed a man that was very much my type. Tall, blokey, good teeth…..except the last picture looked like he was wearing a shirt of the fluro orange variety. It was hard to tell.

But he passed the Tinder chat round, then the txt round, the phone chat round and so we lined up a date at a wine bar for one night after work. I recognised him immediately when I got to the bar (yay), we grabbed some drinks and found a table in a quiet corner of the noisy bar.

I had been the one to pick the bar after he said that I should ‘name a place and he’ll be there, anywhere’. I always prefer the guy to decide on the first date venue. Take the lead, show some initiative man! Turns out it probably would have been wise for him to have picked as the sexy dimly lit wine bar that I had picked probably wasn’t the best option to go to with a man who doesn’t really drink wine….

He was quite good looking though and had a cheeky smile. Conversation flowed easily and we laughed a lot, but there were various points along the way where I saw a few flashes of bogan come out. Now don’t get me wrong, I have flashes of bogan too apparently, but I think I hide them well until at least date 3 haha.

Over the next few hours we had a few more drinks and some dinner and then went for a drive to drop some keys off to one of his friends and to get some gelato. I wouldn’t usually jump in a car with a guy on the first date, but he seemed like a nice guy and I had my security check in place as always with Ms E remotely monitoring my movements for safety purposes!

Anyhoo, his car was some big work monstrosity. Not my style at all! It felt like we were in a truck. Hmmmm I guess that shouldn’t matter though…

Whilst we are driving his mate calls and he answers it on speaker. The mate goes ‘Hey man, how’d the date go hey, hey?’ to which I reply ‘it’s still going’. It was quite lucky that he asked that in a polite way! But listening to my date talk to his mate, he was turning more bogan by the second.

Then when we get to the gelato place Mr M mentions that he doesn’t really like gelato (ummm WTF?!?!) and decides not to get anything. Hmmmm why the hell did we go get gelato then?!? Yes, I know. We complain when men don’t do sweet lovely things for us, then we complain when they do….

He dropped me back to my car after the gelato and I gave him a kiss on the cheek and told him I’d had a nice time and that we should do it again soon.

He had sent me a txt by the time I got home thanking me for a fun night and suggested that we talk soon.

It was a good night, I enjoyed his company and I would be happy to see him again, but I won’t put any effort in to actively pursue him.

I doubt he is my future husband, or my mr right now, but he was definitely a fun date. I can’t complain about that!