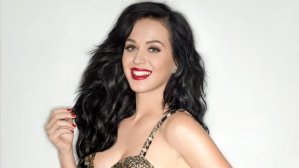 You thought this was going to be a post about kissing girls didn’t you? Sorry to dissapoint!

A couple of weeks ago I saw a story on Katy Perry’s interview with Rolling Stone where she speaks about not needing a man to have a baby. In her exact words she says:

“I don’t need a dude. It’s 2014! We are living in the future; we don’t need anything. I don’t think I’ll have to, but we’ll see. I’m not anti-men. I love men. But there is an option if someone doesn’t present himself.”

It was funny timing as just the week before that, I was on Facebook and had one of those ‘Pages you may like’ come up for an IVF clinic that was offering info sessions for single women or female same sex couples interested in having a baby. I have always said that if Mr Right doesn’t make an appearance in a timely fashion I would ‘buy’ a baby and I had often wondered what would actually be involved in making it happen, so it seemed like a sign!

I told my friend Ms K that I was going to go and she offered to be my pretend girlfriend for the evening – just for the fun of it! On the night, as I was walking to meet her, I walk straight past a ghost of dating past – the one that kept me waiting for ages for our date and then finally arrived all sweaty uggghhh. Honestly, Sydney is getting far too small or I am dating far too much if I keep running into these losers all the time!

Anyhoo, the session was actually really interesting and the doctors made the whole thing sound far more normal than the concept of making a baby by yourself really is!

I left it thinking that it sounded like a good option shall I require it, but I will be keeping it up my sleeve for a number of years yet! I still remain optimistic that the next person I date won’t be a dickhead (as usual). You have to remain positive right!?!?!

PS – I haven’t updated for a while as there has been absolutely NOTHING to tell on the dating scene. I exchanged a few txts with that last guy I had dinner with, but then it just fizzled out. I’ve spoken to a few guys on POF and Tinder of late, but nobody interesting enough to want to meet. It’s a dating dry spell!

I’m about one week away from giving up and just getting a cat ;p