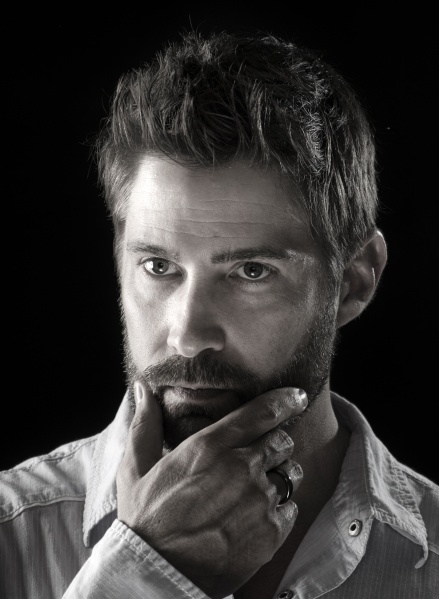 I met a guy on Tinder a few days ago. He had dreamy eyes, nice arms and a full head of hair. Tick, tick, tick.

We started chatted and he seemed like a really nice guy the way he spoke (typed). When he asked where I lived, he told me that he had actually house sat in my area last year and knew it quite well. He was also going to be in the area today, so we arranged to meet up.

He said I’d be the first person that he had met on Tinder as he had only been on there for 2 days. I told him about my two disasters last week where the guys had pulled out of our dates at the last minute. He promised he wouldn’t do that to me, but when I got a txt message early that morning I was pretty certain that it would be him pulling out of the date.

But no, he was just confirming where we would meet. So far so good!

We meet at a local bar and I instantly recognise him – yay his pictures were real! We get some drinks and sit and chat. Most of the talk revolves around acting. Man this guy can chat! He was nice to look at whilst I listened, so I wasn’t too put out. I wasn’t sure from our online chats if acting was his only job as he was also talking about photography and something else. But turns out it is and he is flat broke. He is living at home with his parents so he can keep acting. He is 41. He has lived there for 4 years. He has a debt collector chasing him for a loan he never paid back years ago to fund acting classes and some work on his teeth. Hmmm…

We keep chatting for a couple of hours and it’s certainly enjoyable, but we clearly have very different lives. I found myself not wanting to talk about myself much as I didn’t want to make him feel bad as we are almost opposites on many things. He mentioned that he bought his car for $2,000 and that he was outraged that something broke and that he needed to spend $800 on it. Hmmmm perhaps I won’t mention my beautiful BMW who I adore….

We finish our drinks and it’s time to head off. It definitely feels like a friends zone situation and I kiss him on the cheek and he pulls me in for a hug. He says ‘chat soon’ and heads off. It was a nice way to spend an afternoon, but I won’t chase him and I doubt I’ll hear from him either.

So I’ll just wait to see him on the big screen when he is rich and famous!

The Struggle Is Real
kisslotsofboys
The Art of Failing

and the sex of it all